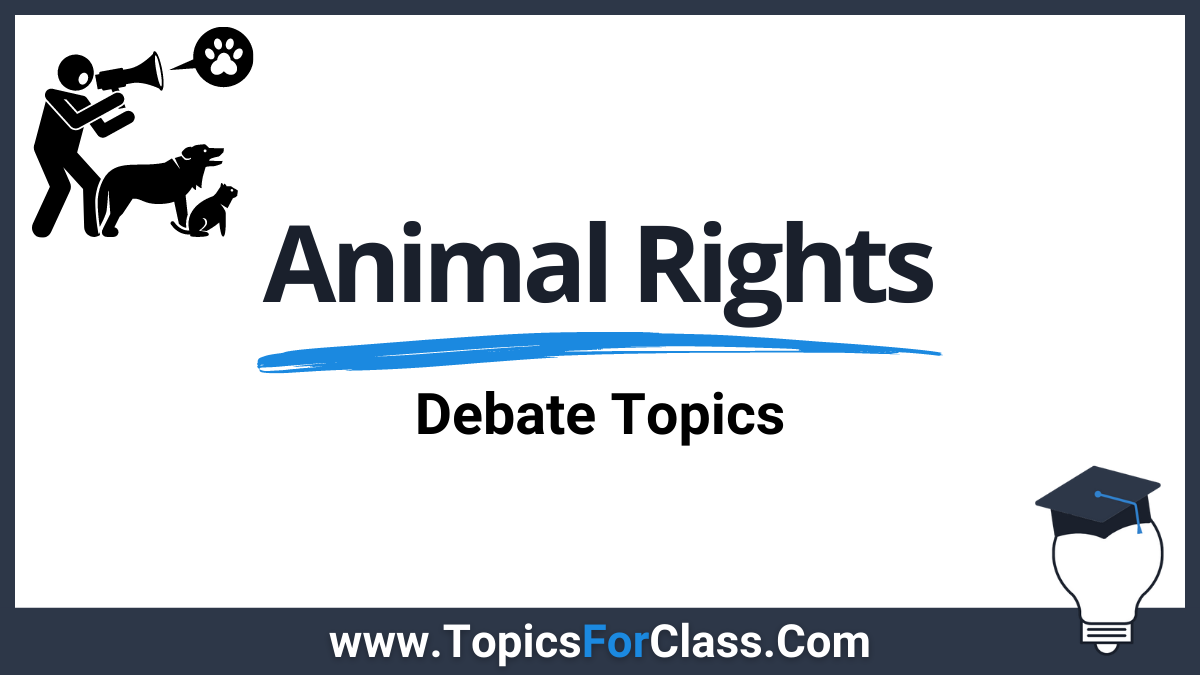 Animals play an important part of life as we know it and without them the human race would surely cease to exist. People have diverse feelings about how we should treat animals and whether or not animals have the same rights as humans. On this page, we will list some of the top debate topics about animals and animal rights. These can be used for a classroom debate, a topic for an assignment, or just as a topic to stimulate interesting conversation about this important issue. 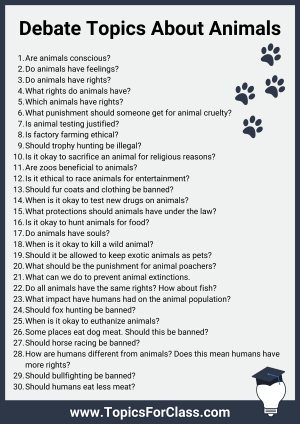 Download and print these back to school conversation starters.